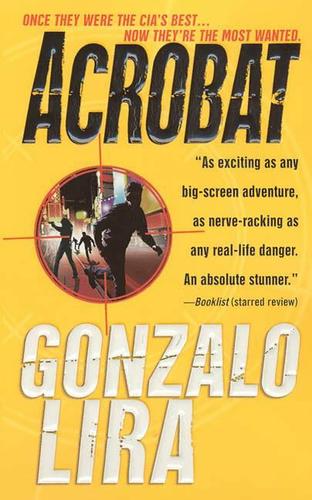 They are young, tough and resourceful, and they have been targeted for assassination by the very agency that made them. They are the CIA work-group known as Acrobat, and they are on the run.

- Duncan Idaho, the Langley roadrunner who skirts the line between brilliantly daring and foolishly reckless.

- Monika Summers, a ray of all-American sunshine, the utility player who can do it all, and does it exceptionally well.

- Tobey Jansen, the nerdy financial genius trapped in the body of a punk-rocking anarchist.

- Ljubica Greene, elegant and beautiful, the shopper who can score high caliber firearms or bogus walking papers as easily as shopping at Neiman Marcus.

- Russell Orr, the six-foot-four strategic planner who knows how to keep his options open.

What did Acrobat see in their time at Langley? What secrets did they uncover? How long will they last on the run? And most important of all, when will they realize that one of their own has betrayed them?

From a blazing firefight in the bowels of Times Square, to a whisper campaign in the quiet hallways of Langley; from the political minefield of a White House briefing room, to a nightmarish chase down a lonely country road--Acrobat redefines the espionage thriller.