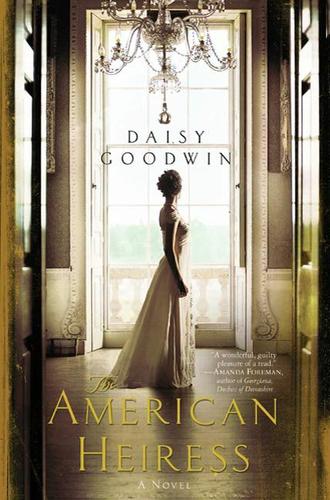 Now including an excerpt from VICTORIA: A Novel, by Daisy Goodwin, the Creator/Writer of the Masterpiece Presentation on PBS.

"Anyone suffering Downton Abbey withdrawal symptoms (who isn't?) will find an instant tonic in Daisy Goodwin's The American Heiress. The story of Cora Cash, an American heiress in the 1890s who bags an English duke, this is a deliciously evocative first novel that lingers in the mind." --Allison Pearson, New York Times bestselling author of I Don't Know How She Does It and I Think I Love You

Be careful what you wish for. Traveling abroad with her mother at the turn of the twentieth century to seek a titled husband, beautiful, vivacious Cora Cash, whose family mansion in Newport dwarfs the Vanderbilts', suddenly finds herself Duchess of Wareham, married to Ivo, the most eligible bachelor in England. Nothing is quite as it seems, however: Ivo is withdrawn and secretive, and the English social scene is full of traps and betrayals. Money, Cora soon learns, cannot buy everything, as she must decide what is truly worth the price in her life and her marriage.

Witty, moving, and brilliantly entertaining, Cora's story marks the debut of a glorious storyteller who brings a fresh new spirit to the world of Edith Wharton and Henry James.

"For daughters of the new American billionaires of the 19th century, it was the ultimate deal: marriage to a cash-strapped British Aristocrat in return for a title and social status. But money didn't always buy them happiness." --Daisy Goodwin in The Daily Mail

One of Library Journal's Best Historical Fiction Books of 2011