The Story of Italian American Song 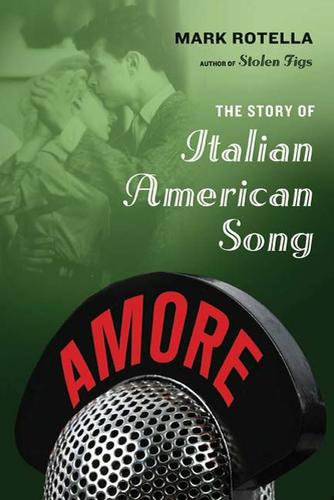 Amore is Mark Rotella's celebration of the "Italian decade"—the years after the war and before the Beatles when Frank Sinatra, Perry Como, Dean Martin, and Tony Bennett, among others, won the hearts of the American public with a smooth, stylish, classy brand of pop. In Rotella's vivid telling, the stories behind forty Italian American classics (from "O Sole Mio," "Night and Day," and "Mack the Knife" to "Volare" and "I Wonder Why") show how a glorious musical tradition became the sound track of postwar America and the expression of a sense of style that we still cherish.

Rotella follows the music from the opera houses and piazzas of southern Italy, to the barrooms of the Bronx and Hoboken, to the Copacabana, the Paramount Theatre, and the Vegas Strip. He shows us the hardworking musicians whose voices were to become ubiquitous on jukeboxes and the radio and whose names—some anglicized, some not—have become bywords for Italian American success, even as they were dogged by stereotypes and prejudice.

Amore is the personal Top 40 of one proud son of Italy; it is also a love song to Italian American culture and an evocation of an age that belongs to us all.