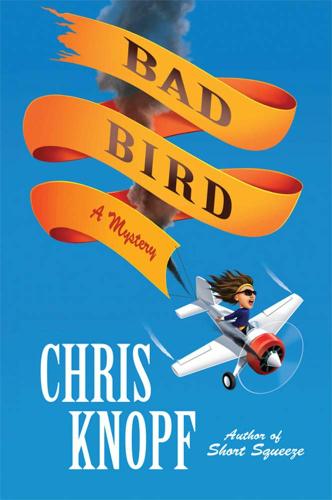 Jackie Swaitkowski may not be the most buttoned-up lawyer in the Hamptons, but a plane crash before her very eyes is hard to miss. Just before the struggling air taxi takes a nosedive, its female pilot tosses out a camera case. To Jackie, the accident's only witness, the case (so to speak) seems meant for her.

The camera's memory card holds an unusual set of photos. Jackie recognizes more than a few of the faces in those pictures. Are they telling her the story of the crash? The pilot, a hard-nosed biker chick named Eugenie Birkson, came from a family tree filled with ex-cons, and boasted a passenger list packed with high society. And Jackie soon learns that solving the mystery of Eugenie's death will mean uncovering some dark secrets from her own past as well.

All this and a freshly revived romance with gentle giant Harry Goodlander, and Jackie yet again has her heart and her hands full.

Award-winning mystery writer Chris Knopf returns to Southampton, a one-of-a-kind small town where the rich and the rest of us rub shoulders on a daily basis, generating all the frictions that might imply.