Tokyo Phantasmagoria: An Analysis of Politics and Commodity Capitalism in Modern Japan Through the Eyes of Walter Benjamin 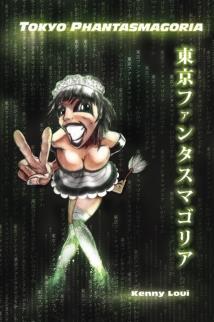 As the sun set on the 20th century, a new age dawned in Japan. This new era, symbolized by the postmodern city of Tokyo, has ushered in not only technological innovation and economic prowess, but changing attitudes and values among Japanese young people. This transformation is not an uncommon or even new phenomenon, but simply the result of modern life. And one of the symptoms of modernity is the prevalence of an "ethics of materialism," the ever-increasing concern for the acquisition of wealth and commodity goods, sometimes at the expense of the concern for human life itself. Walter Benjamin (1892-1940) was a German-Jewish philosopher whose writings examined topics including, but not limited to, art, history, and politics. His life's work, published posthumously as The Arcades Project, is a "literary montage" combining excerpts from written works related to life in 19th-century Paris and Benjamin's own commentaries and reflections. Benjamin's project on Paris of the 19th century foreshadows what is now occurring in 21st-century Tokyo, and Japan in general. Like the Paris of yesteryear, life in modern Tokyo is essentially a "dream image" that warps people's perception of the world in which they live. The public thus finds itself trapped in what Benjamin refers to as the "phantasmagoria," an illusory reality of a relatively flawless society. But this phantasmagoria shrouds the "grotesqueness" of underlying truths such as the failure of advances in science and philosophy to eradicate poverty, discrimination and other social inequities. Drawing from a selection of Benjamin's writings including The Arcades Project, this thesis explores the social consequences as well as the political implications of the rise of commodity capitalism in modern Japan, concluding with a discussion on how political action can re-humanize a citizenry that has been "commodified" by their materialistic desires. Walter Benjamin wrote about a past generation while appealing to his own, and as this discourse on the Tokyo Phantasmagoria will reveal, Benjamin appeals to our generation as well.