John W. Bennett and Anthropology in the Early Twentieth Century 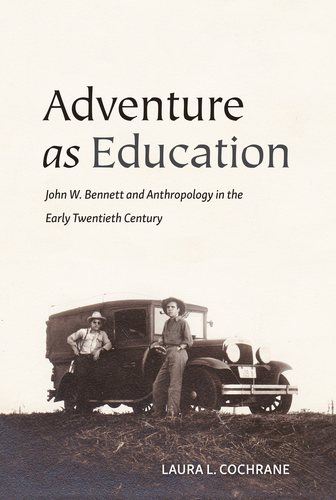 John W. Bennett (1918-2005) is best known for his work with Margaret Mead, his participation in the U.S. Occupation of Japan, and his ecological anthropology research in Saskatchewan. His education took place during the 1930s and 40s, a formative time in anthropology and global history. In the last years of his life, Bennett narrated these early experiences in a series of life history interviews with Cochrane. Stories in his words illuminate the era, while Cochrane reviews the debates among, collaborations with, and intertwined social lives of the people he referenced. Several voices contribute to this story alongside Bennett and Cochrane, including Bennetts sons John M. Bennett and James P. Bennett, Bennetts colleague Robert Canfield, and Bennetts former student William Cole.

The books larger context is the eras conversation between the social sciences and U.S. political and social life. Along with economic depression and World War II, Bennetts story tells of field work adventures, racial and gender inequalities in academia, and the ways social scientists participated in the war. His personal interactions with well-known scholars and cultural luminaries, and his insider accounts of war, ethics, and research, add to our historical lens into the history of anthropology and the United States