American Indian Children and the Law 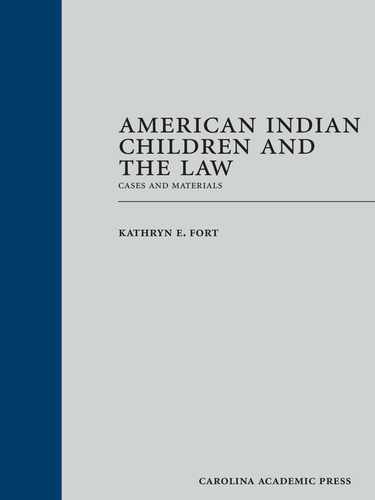 There are more than 500 American Indian tribes in the United States, and the health and welfare of American Indian children is the primary focus of those tribal nations. Federal and state law and policies are deeply entwined with the lives of American Indian families and have been since treaty times. The disruption to American Indian families by state and federal governments families was, and is, epidemic. These disruptions included attempts to destroy traditional child-rearing practices, tribal judicial systems, and tribal political systems. The federal government's mass removal of Indian children from their families to boarding schools resulted in the deaths and abuse of children, as well as the destruction of Native languages, culture, and religion. When state governments stepped in, the state child welfare systems became tools of mass removal of Native children from their families.

In an attempt to address some of those abuses and in response to considerable organizing and pressure of American Indian activists, Congress passed the Indian Child Welfare Act (ICWA) in 1978. ICWA applies to all American Indian children subject to state child welfare cases, no matter where the child is located. Today there are, on average, 300 appealed cases on the basis of ICWA in state courts annually. Educating jurists, prosecutors, family attorneys, and legal guardian ad litems on ICWA, tribal jurisdiction, and tribal family law is one of the largest child welfare projects for states, tribes, and non-profit organizations across the country. Teaching lawyers ICWA, and the innovative practices of tribal family law, is vital to the health and welfare of American Indian children everywhere. Law schools have the unique opportunity to reach those lawyers when they are students. With this casebook, they can.

Currently, there is no casebook in the field of American Indian child welfare despite steadily increasing attention to the subject. American Indian Children and the Law describes the current state of the law and teaches the cultural, historical, and current legal theories behind it through cases and other primary source materials. The book can be used by both federal Indian law professors to teach the Indian Child Welfare Act and by family law practitioners to teach Indian law and child welfare law. The book also provides in-depth explanation for the federal constitutional basis of ICWA and American Indian child welfare law in general, as well as issues of juvenile justice as it applies to American Indian children, including why those children are the only ones who regularly find themselves in federal prisons. Additionally, the text includes family tribal court decisions, with appropriate context, and contrasts them to U.S. family law decisions.