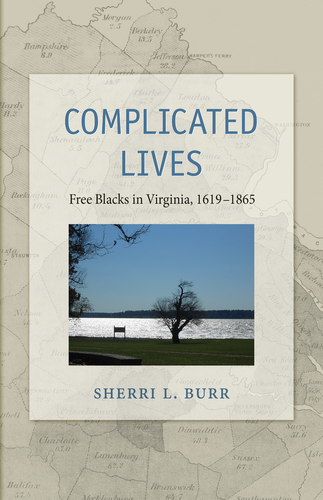 Would the United States have developed differently if Virginia had not passed a law in 1670 proclaiming all subsequently arriving Africans as servants for life, or slaves? What if the state had not stripped all Free Blacks and Indians of voting rights in 1723, or outlawed interracial sex for 337 years?

Complicated Lives upends the pervasive belief that all Africans landing on the shores of Virginia beginning in late August 1619, became slaves. In reality, many of these kidnap victims received the status of indentured servants. Indeed, hundreds of thousands of free African Americans in the South and North owned property, created businesses, and engaged in public service. Complicated Lives further explores the lives of Free Blacks through the lens of the authors ancestors and other Free Blacks who lived this history, including those who served in the integrated troops commanded by George Washington during the Revolutionary War.