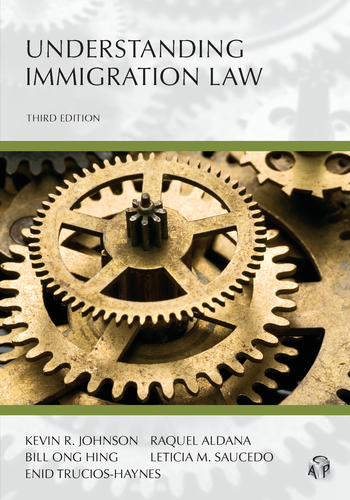 The third edition of Understanding Immigration Law lays out the basics of U.S. immigration law in an accessible way to newcomers to the field. It offers background about the intellectual, historical, and constitutional foundations of U.S. immigration law. The book also identifies the factors that have historically fueled migration to the United States, including the economic "pull" of jobs and family in the United States and the "push" of economic hardship, political instability, and other facts of life in the sending country.

Each chapter has been updated to analyze the unprecedented number of immigration enforcement measuresand many simply unprecedented measurestaken by the Trump administration, including but not limited to:

The various increased enforcement measures, including expanded detention (and the end of catch-and-release), workplace raids, and restoration of Secure Communities (which the Obama administration had dismantled);

- The zero tolerance policy directed at Central American asylum seekers, including the policy to separate minors from parents in immigration detention centers;
- The Muslim or travel ban upheld by the U.S. Supreme Court;
- The end of Temporary Protected Status for Salvadorans, Hondurans, Nicaraguans, Haitians, and nationals of several other countries;
- The attempt to rescind the Deferred Action for Childhood Arrivals (DACA) policy adopted by the Obama administration; and
- The efforts to discourage state and local sanctuary policies that limit state and local cooperation with federal immigration enforcement efforts.