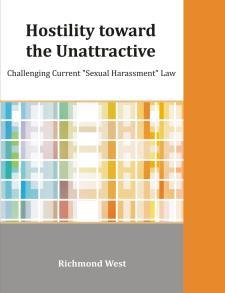 Though Catharine MacKinnon and her allies were well-intentioned, not only when they exposed quid pro quo sexual harassment, but also when they formulated the "hostile environment" clause, that clause is too broad, creating terrible social consequences which were not foreseen, punishing those with "socially unattractive identities;" interjecting Michel Foucault into the discussion helps us see some of the problems in ways MacKinnon does not. I encourage greater philosophical clarity and precision on these issues, to shift the grounds of this discourse in ways that would be pragmatic and beneficial. Too many other factors, like cultural differences, race, "socially unattractive identities," such as shyness, awkwardness, and obesity, disabilities, class differences, and so forth, are ignored in these cases. I propose philosophical changes in this discourse, replacing the scare term "harassment" with several more specific categories. Something at the root of "sexual harassment" discourse has to be challenged: MacKinnon's dualistic conceptions of gender and power; also, a critique should trace the ways power within "sexual harassment" discourse has expanded beyond its original parameters. Foucault's work on power regarding sexuality is the best means for grounding such a critique.