Telicity and the Syntax-Semantics of the Object and Subject 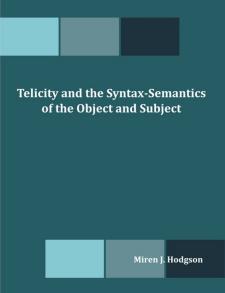