The Political Economy of Violence: The Case of Venezuela 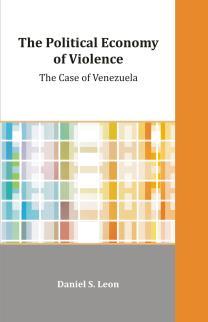 This study will attempt to answer the question of how can the rise in social violence since the 1980s be explained in the oil-rich nation of Venezuela? The once relatively peaceful nation of Venezuela has seen a dramatic rise in social violence over the last three decades that has placed her amongst some of the world's most dangerous countries. A review of the relevant literature will reveal that the study of a social phenomenon such as violence, in a nation such as Venezuela, is a complicated task because there are a number of different, but in many cases interlinked, variables that contribute to the formation of this social phenomenon. Therefore, the conceptual framework will consist of a multi-variable analysis so that this study may go about to formulate an appropriate explanation based on the complex causes and effects that surround this issue. However, special attention will be given to the nation's developmental history, which has given way to a severe socio-political crisis. Although special attention will be given to this important variable, no hierarchy of variables will be established, as the convoluted nature of social events makes it very difficult to formulate one. Other factors that will also be analyzed as they contribute to the rise of social violence are: the nation's vast hydrocarbon wealth (which is always an outstanding variable because of its economic importance), economic reform and liberalization, and the urbanization process. Although there have been several studies on oil-rich nations (including Venezuela), their economic dynamics, the Latin American urbanization process, and the Venezuelan political crisis, there is an absence of studies that include these intervening factors in a comprehensive manner. This study hopes to fill this gap.