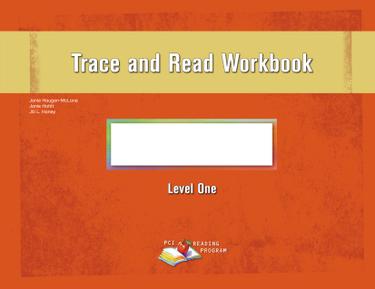 This e-book version of the Trace and Read Workbook is 100% printable. Once students have practiced identifying and reading the new word, they move to the Trace and Read Workbook for tactile reinforcement. Each word has its own practice page in the workbook. On the page, a student traces the newly learned word five times, saying the word while tracing it. Each word is also part of a controlled phrase or sentence constructed from previously learned words and/or pictures. Students read the new word in context, increasing their comprehension of the words meaning and usage. Step 1B: Trace and Read Workbook: In this step, students trace the new word and then read it in a phrase or sentence. Tracing the word increases recognition and recall. Reading the word in context helps reinforce its meaning. Each student has their own workbook to use throughout the program, which promotes a sense of accomplishment and encourages review of previously learned words.