Incapacitating the Innocent: An Investigation of Legal and Extralegal Factors Associated with the Preadjudicatory Detention of Juveniles 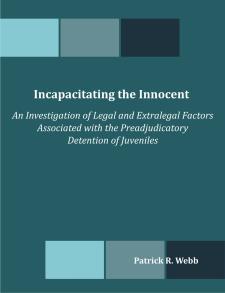