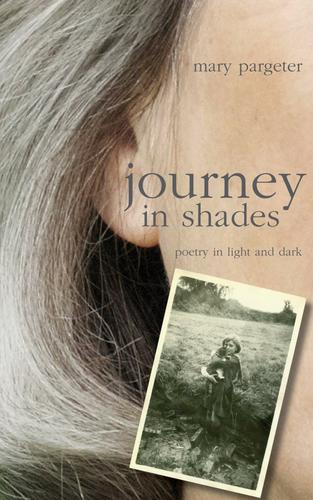 Professor Carol Rumens, Guardian Books Online 'Poem of the Week' blog: "I have felt engaged with the work, and responsive to its emotional charge." In this first collection, English poet Mary Pargeter re-visits her childhood, loss of innocence, states of love, heartbreak and death, and reflects, with admirable frankness, on those universal rites of passage common to us all. The first poems present an idyllic childhood running free in the exquisite landscapes near Selborne, immortalised by the 18th Century naturalist Gilbert White FRS. That blessed landscape, now part of the South Downs National Park, is still referred to as Gilbert White country. With superb views across the South Downs, the rambling house of her early years had been built for entertaining, but is now the family's no-nonsense working market garden. Sadly, to the child's dawning awareness come warning signs that all is not well. Her father has not long returned from four years in a Japanese prisoner of war camp. The experience has left inevitable scars. Tiny and intelligent, she observes and struggles to understand. As she grows up, next come poems dealing with young love - emotional intensity, gradual decline and the trauma of loss to which she herself admits a contribution. Dealing with grief contributes to the third part of her collection. In her early 20s, Mary's parents both died. Thus she must tackle another kind of loss, as well as anger and other raw emotions, finally coming to terms with her life's unavoidable patterns. REVIEWS - Professor Carol Rumens, Guardian Books Online 'Poem of the Week' blog: "I have felt engaged with the work, and responsive to its emotional charge." Jay Ramsay, Caduceus Journal: "She lets detail speak, often exquisitely, through things as they are; there is no attempt to escape through fantasy." Female First online magazine, Lucy Walton interview with Mary Pargeter. Angus Morris (RAF retd): "My human experience has been enriched by reading these poems. It is up to you if you are open to enrich yours..." Full reviews/interviews are on: www.gbpublishing.org. The Author - In 1948 English poet Mary Pargeter was born at home in the Hampshire hamlet of Newton Valence. Her idyllic country childhood was marred when, in 1956, the family moved to Surrey and the child unhappily experienced a suburban life, with pavements lit by street lamps. In her poetry she reflects on that childhood, heartbreak, early loves, disappointments and the entry into adulthood and at last understanding. She neither married nor had children. A child of the 60s, Mary flourished in art school and became a successful graphic designer.