Arabic as a Secret Song 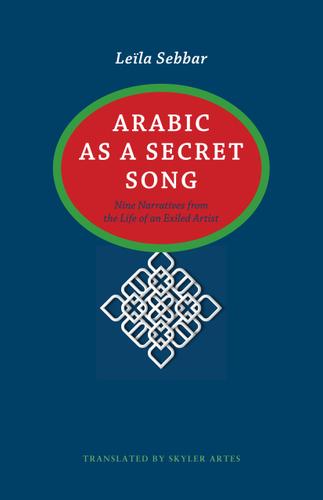 The celebrated and highly versatile writer Leïla Sebbar was born in French colonial Algeria but has lived nearly her entire adult life in France, where she is recognized as a major voice on the penetrating effects of colonialism in contemporary society. The dramatic contrast between her past and present is the subject of the nine autobiographical essays collected in this volume. Written between 1978 and 2006, they trace a journey that began in Aflou, Algeria, where her father ran a schoolhouse, and continued to France, where Sebbar traveled, alone, as a graduate student before eventually realizing her powerful creative vision.

The pieces collected in this book capture an array of experiences, sensations, and sentiments surrounding the French colonial presence in Algeria and offer an intimate and prismatic reflection on Sebbar’s bicultural upbringing as the child of an Algerian father and French mother. Sebbar paints an unflinching portrait of her original disconnection from her father’s Arabic language and culture, depicting her struggle to revive a cultural heritage that her family had deliberately obscured and to convey the vibrant yet muted Arabic of her father and of Algeria. Looking back from numerous vantage points throughout her life, she presents the complicated and divisive dynamics of being raised "between two shores"--the colonized and the colonizer.