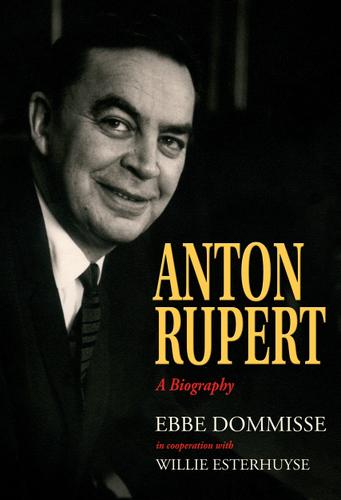 It is the story of a Karoo boy who grew up during the Depression, struggled to find enough money to study science, and then made good as a businessman - spectacularly so, reaching the Forbes list of the 500 wealthiest people worldwide. Unlike Harry Oppenheimer, another South African millionaire, Rupert was no heir and did not make his millions from mining. His Rembrandt group of manufacturers became known across the globe, owning brands like Cartier, Dunhill, Rothmans and Montblanc. Within a few decades a family dynasty was built, making the Ruperts, next to the Oppenheimers, the richest family in Africa.

But Rupert was driven by more than the mere pursuit of wealth. A life-long proponent of partnership and coexistence in justice, he put his passion and vast resources into community development, leading to frequent clashes with the political leadership of the day. He supported arts and culture, and conservation - both of buildings and of nature. One of his most ambitious projects, transfrontier parks, was a ground-breaking international innovation.

A compelling book based on extensive international research and many hours of conversation with Rupert, his family and people who know him well.