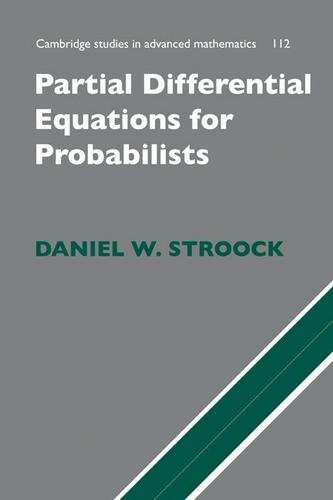 This book deals with equations that have played a central role in the interplay between partial differential equations and probability theory. Most of this material has been treated elsewhere, but it is rarely presented in a manner that makes it readily accessible to people whose background is probability theory. Many results are given new proofs designed for readers with limited expertise in analysis. The author covers the theory of linear, second order, partial differential equations of parabolic and elliptic types. Many of the techniques have antecedents in probability theory, although the book also covers a few purely analytic techniques. In particular, a chapter is devoted to the De Giorgi–Moser–Nash estimates, and the concluding chapter gives an introduction to the theory of pseudodifferential operators and their application to hypoellipticity, including the famous theorem of Lars Hormander.