Social Protection and the Market in Latin America

The Transformation of Social Security Institutions 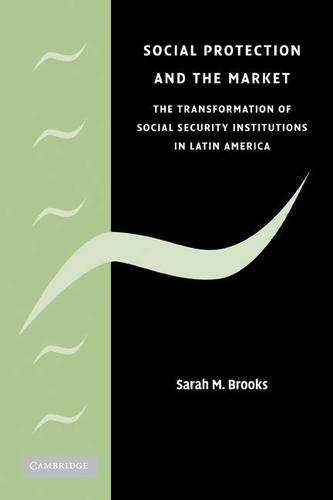 Social security institutions have been among the most stable post-war social programs around the world. Increasingly, however, these institutions have undergone profound transformation from public risk-pooling systems to individual market-based designs. Why has this 'privatization' occurred? Why do some governments enact more radical pension privatizations than others? This book provides a theoretical and empirical account of when and to what degree governments privatize national old-age pension systems. Quantitative cross-national analysis simulates the degree of pension privatization around the world and tests competing hypotheses to explain reform outcomes. In addition, comparative analysis of pension reforms in Argentina, Brazil, Mexico and Uruguay evaluate a causal theory of institutional change. The central argument is that pension privatization emerges from political conflict, rather than from exogenous pressures. The argument is developed around three dimensions: the double bind of globalization, contingent path-dependent processes, and the legislative politics of loss imposition.