The Cambridge Introduction to Jacques Derrida 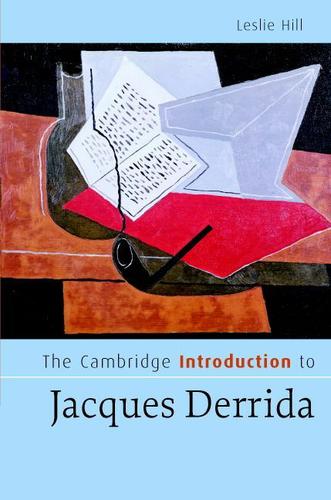 Few thinkers of the latter half of the twentieth century have so profoundly and radically transformed our understanding of writing and literature as Jacques Derrida (1930–2004). Derridian deconstruction remains one of the most powerful intellectual movements of the present century, and Derrida's own innovative writings on literature and philosophy are crucially relevant for any understanding of the future of literature and literary criticism today. Derrida's own manner of writing is complex and challenging and has often been misrepresented or misunderstood. In this book, Leslie Hill provides an accessible introduction to Derrida's writings on literature which presupposes no prior knowledge of Derrida's work. He explores in detail Derrida's relationship to literary theory and criticism, and offers close readings of some of Derrida's best known essays. This introduction will help those coming to Derrida's work for the first time, and suggests further directions to take in studying this hugely influential thinker.