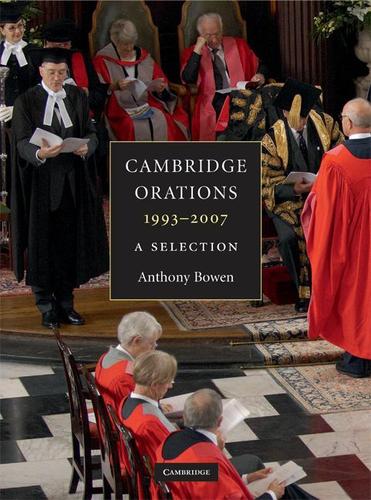 While Orator of the University of Cambridge, Anthony Bowen delivered one hundred and twenty-five Latin speeches at the Senate House in praise of a variety of distinguished people on the occasion of their receiving Honorary Degrees. Fifty-two are presented here, with facing translations. The fifty-first Orator in an unbroken sequence going back to 1521, Mr Bowen's speeches adapt themselves admirably to the challenge of speaking even of modern phenomena in the language and cadences as far as possible derived from antiquity; although words such as transistor (gen. transistoris, m.) may occasionally need to be invented. The subjects of the speeches include Nelson Mandela, Rowan Williams, Betty Boothroyd, Cleo Laine, Kiri Te Kanawa, Anthony Gormley, and a host of others including many distinguished international scientists.