The Invisible Hand of Peace 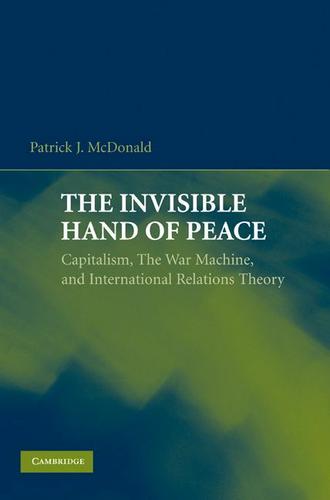 The Invisible Hand of Peace shows that the domestic institutions associated with capitalism, namely private property and competitive market structures, have promoted peace between states over the past two centuries. It employs a wide range of historical and statistical evidence to illustrate both the broad applicability of these claims and their capacity to generate new explanations of critical historical events, such as the emergence of the Anglo-American friendship at the end of the nineteenth century, the outbreak of World War I, and the evolution of the recent conflict across the Taiwan Strait. By showing that this capitalist peace has historically been stronger than the peace among democratic states, these findings also suggest that contemporary American foreign policy should be geared toward promoting economic liberalization rather than democracy in the post-9/11 world.