The End of Reciprocity

Terror, Torture, and the Law of War 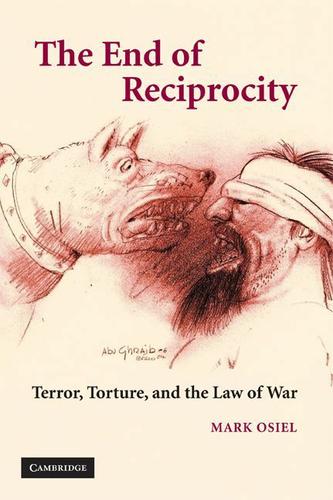 Why should America restrain itself in detaining, interrogating, and targeting terrorists when they show it no similar forbearance? Is it fair to expect one side to fight by more stringent rules than the other, placing itself at disadvantage? Is the disadvantaged side then permitted to use the tactics and strategies of its opponent? If so, then America's most controversial counterterrorism practices are justified as commensurate responses to indiscriminate terror. Yet different ethical standards prove entirely fitting, the author finds, in a conflict between a network of suicidal terrorists seeking mass atrocity at any cost and a constitutional democracy committed to respecting human dignity and the rule of law. The most important reciprocity involves neither uniform application of fair rules nor their enforcement by a simple-minded tit-for-tat. Real reciprocity instead entails contributing to an emergent global contract that encompasses the law of war and from which all peoples may mutually benefit.