Tocqueville on America after 1840

Letters and Other Writings 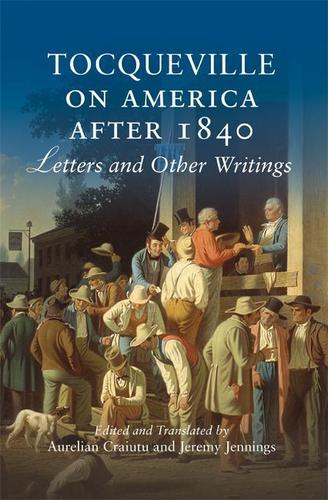 Alexis de Tocqueville's Democracy in America has been recognized as an indispensable starting point for understanding American politics. From the publication of the second volume in 1840 until his death in 1859, Tocqueville continued to monitor political developments in America and committed many of his thoughts to paper in letters to his friends in America. He also made frequent references to America in many articles and speeches. Did Tocqueville change his views on America outlined in the two volumes of Democracy in America published in 1835 and 1840? If so, which of his views changed and why? The texts translated in Tocqueville on America after 1840: Letters and Other Writings answer these questions and offer English-speaking readers the possibility of familiarizing themselves with this unduly neglected part of Tocqueville's work. The book points out a clear shift in emphasis especially after 1852 and documents Tocqueville's growing disenchantment with America, triggered by such issues as political corruption, slavery, expansionism and the encroachment of the economic sphere upon the political.