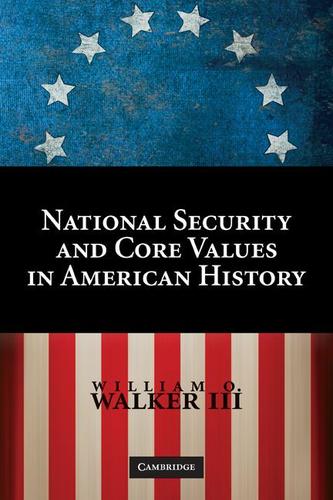 There is no book quite like National Security and Core Values in American History. Drawing upon themes from the whole of the nation's past, William O. Walker III presents a new interpretation of the history of American exceptionalism, that is, of the basic values and liberties that have given the United States its very identity. He argues that a political economy of expansion and the quest for security led American leaders after 1890 to equate prosperity and safety with global engagement. In so doing, they developed and clung to what Walker calls the 'security ethos.' Expressed in successive grand strategies – Wilsonian internationalism, global containment, and strategic globalism – the security ethos ultimately damaged the values citizens cherish most and impaired popular participation in public affairs. Most important, it led to the abuse of executive authority after September 11, 2001, by the administration of President George W. Bush.