The Forensics of Election Fraud 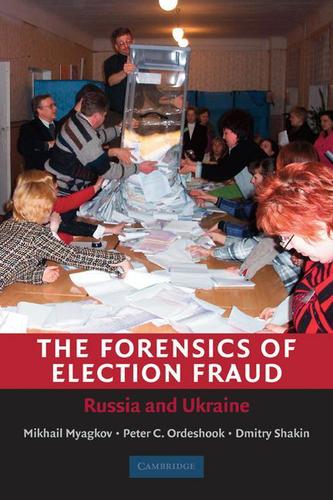 This volume offers a number of forensic indicators of election fraud applied to official election returns, and tests and illustrates their application in Russia and Ukraine. Included are the methodology's econometric details and theoretical assumptions. The applications to Russia include the analysis of all federal elections between 1996 and 2007 and, for Ukraine, between 2004 and 2007. Generally, we find that fraud has metastasized within the Russian polity during Putin's administration with upwards of 10 million or more suspect votes in both the 2004 and 2007 balloting, whereas in Ukraine, fraud has diminished considerably since the second round of its 2004 presidential election where between 1.5 and 3 million votes were falsified. The volume concludes with a consideration of data from the United States to illustrate the dangers of the application of our methods without due consideration of an election's substantive context and the characteristics of the data at hand.