The International Law of Investment Claims 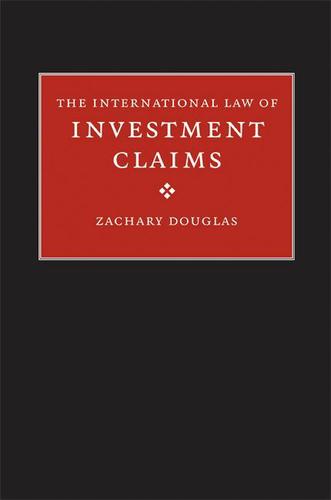 The International Law of Investment Claims considers the distinct principles governing the prosecution of a claim in investment treaty arbitration. The principles are codified as 54 'rules' of general application on the juridical foundations of investment treaty arbitration, the jurisdiction of the tribunal, the admissibility of claims and the laws applicable to different aspects of the investment dispute. The commentary to each proposed rule contains a critical analysis of the investment treaty jurisprudence and makes extensive reference to the decisions of other international courts and tribunals, as well as to the relevant experience of municipal legal orders. Solutions are elaborated in respect of the most intractable problems that have arisen in the cases, including: the effect of an exclusive jurisdiction clause in an investment agreement with the host state; reliance on the MFN clause in relation to jurisdictional provisions; and, the legitimate scope of derivative claims by shareholders.