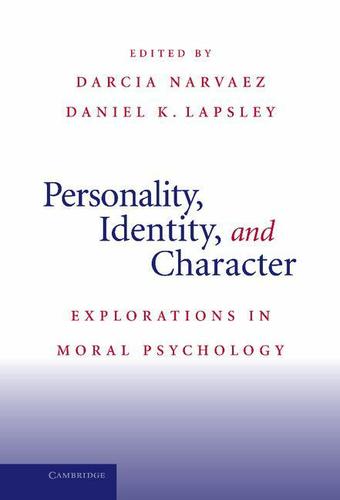 Moral notions are foundational questions that have commanded deep reflection since antiquity, reflection that psychological science cannot evade, because the moral formation of children is a central concern of parents, schools, and communities charged with educating the next generation. In this respect there are few domains of study more crucial than moral psychology and few topics of greater importance than the development of moral self-identity, of moral character, and of the moral personality. This edited volume features the expertise of pre-eminent scholars in moral personality, self, and identity, such as moral philosophers, personality theorists, developmental psychologists, moral personality researchers, social psychologists, and neuroscientists. It brings together cutting-edge work in moral psychology that illustrates an impressive diversity of theoretical perspectives and methodologies and simultaneously points the way toward promising integrative possibilities.