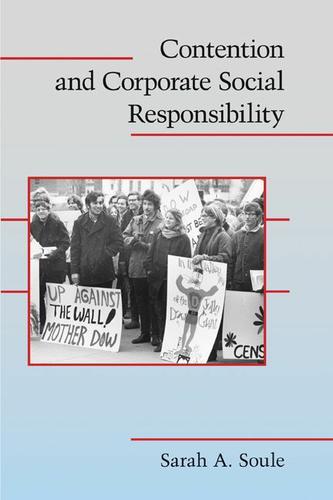 This book examines anti-corporate activism in the United States, including analysis of anti-corporate challenges associated with social movements as diverse as the Civil Rights Movement and the Dolphin-safe Tuna Movement. Using a unique dataset of protest events in the United States, the book shows that anti-corporate activism is primarily about corporate policies, products, and negligence. Although activists have always been distrustful of corporations and sought to change them, until the 1970s and 1980s, this was primarily accomplished via seeking government regulation of corporations or via organized labor. Sarah A. Soule traces the shift brought about by deregulation and the decline in organized labor, which prompted activists to target corporations directly, often in combination with targeting the state. Using the literatures on contentious and private politics, which are both essential for understanding anti-corporate activism, the book provides a nuanced understanding of the changing focal points of activism directed at corporations.