Fluid Dynamics and Transport of Droplets and Sprays 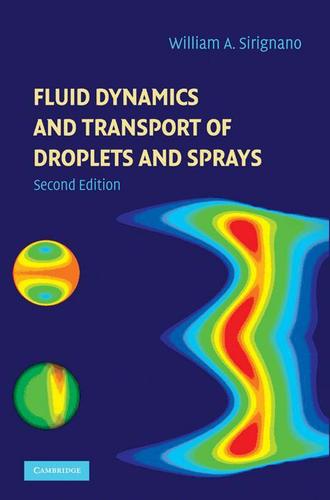 This book serves as both a graduate text and a reference for engineers and scientists exploring the theoretical and computational aspects of the fluid dynamics and transport of sprays and droplets. Attention is given to the behavior of individual droplets, including the effects of forced convection due to relative droplet-gas motion, Stefan convection due to the vaporization or condensation of the liquid, multicomponent liquids (and slurries), and internal circulation of the liquid. This second edition contains more information on droplet-droplet interactions, the use of the mass-flux potential, conserved scalar variables, spatial averaging and the formulation of the multi-continua equations, the confluence of spatial averaging for sprays and filtering for turbulence, direct numerical simulations and large-eddy simulations for turbulent sprays, and high-pressure vaporization processes. Two new chapters introduce liquid-film vaporization as an alternative to sprays for miniature applications and a review of liquid-stream distortion and break-up theory.