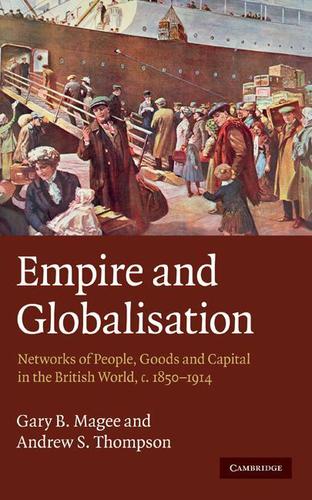 Focusing on the great population movement of British emigrants before 1914, this book provides a perspective on the relationship between empire and globalisation. It shows how distinct structures of economic opportunity developed around the people who settled across a wider British World through the co-ethnic networks they created. Yet these networks could also limit and distort economic growth. The powerful appeal of ethnic identification often made trade and investment with racial 'outsiders' less appealing, thereby skewing economic activities toward communities perceived to be 'British'. By highlighting the importance of these networks to migration, finance and trade, this book contributes to debates about globalisation in the past and present. It reveals how the networks upon which the era of modern globalisation was built quickly turned in on themselves after 1918, converting racial, ethnic and class tensions into protectionism, nationalism and xenophobia. Avoiding such an outcome is a challenge faced today.