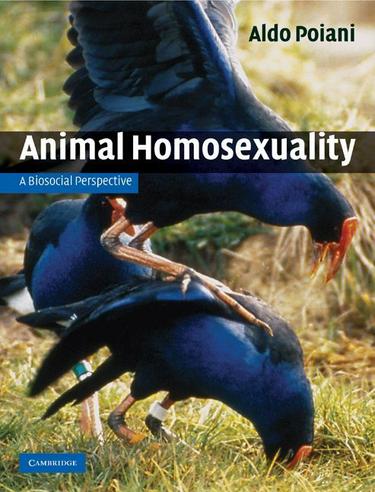 Homosexuality is an evolutionary paradox in search for a resolution, not a medical condition in search for a cure. Homosexual behavior is common among social animals, and mainly expressed within the context of a bisexual sexual orientation. Exclusive homosexuality is less common, but not unique to humans. Poiani and Dixson invite the reader to embark on a journey through the evolutionary, biological, psychological and sociological aspects of homosexuality, seeking an understanding of both the proximate and evolutionary causes of homosexual behavior and orientation in humans, other mammals and birds. The authors also provide a synthesis of what we know about homosexuality into a biosocial model that links recent advances in reproductive skew theory and various selection mechanisms to produce a comprehensive framework that will be useful for anyone teaching or planning future research in this field.