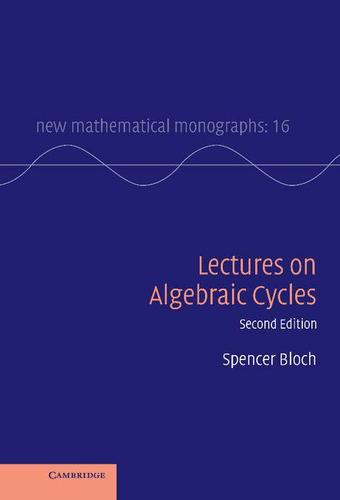 Spencer Bloch's 1979 Duke lectures, a milestone in modern mathematics, have been out of print almost since their first publication in 1980, yet they have remained influential and are still the best place to learn the guiding philosophy of algebraic cycles and motives. This edition, now professionally typeset, has a new preface by the author giving his perspective on developments in the field over the past 30 years. The theory of algebraic cycles encompasses such central problems in mathematics as the Hodge conjecture and the Bloch–Kato conjecture on special values of zeta functions. The book begins with Mumford's example showing that the Chow group of zero-cycles on an algebraic variety can be infinite-dimensional, and explains how Hodge theory and algebraic K-theory give new insights into this and other phenomena.