A Mathematical Introduction to Wavelets 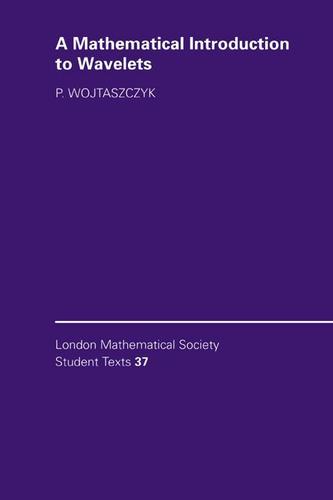 This book presents a mathematical introduction to the theory of orthogonal wavelets and their uses in analysing functions and function spaces, both in one and in several variables. Starting with a detailed and self contained discussion of the general construction of one dimensional wavelets from multiresolution analysis, the book presents in detail the most important wavelets: spline wavelets, Meyer's wavelets and wavelets with compact support. It then moves to the corresponding multivariable theory and gives genuine multivariable examples. Wavelet decompositions in Lp spaces, Hardy spaces and Besov spaces are discussed and wavelet characterisations of those spaces are provided. Also included are some additional topics like periodic wavelets or wavelets not associated with a multiresolution analysis. This will be an invaluable book for those wishing to learn about the mathematical foundations of wavelets.