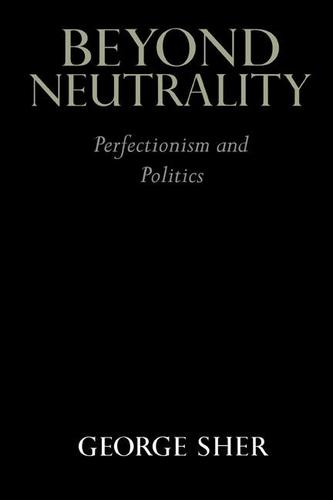 Many people, including many contemporary philosophers, believe that the state has no business trying to improve people's characters, elevating their tastes, or preventing them from living degraded lives. They believe that governments should remain absolutely neutral when it comes to the consideration of competing conceptions of the good. One fundamental aim of George Sher's book is to show that this view is indefensible. A second complementary aim is to articulate a conception of the good that is worthy of promotion by the state. The first part of the book analyses attempts to ground the neutrality thesis in the value of autonomy, respect for autonomy, the dangers of a non-neutral state, and scepticism about the good. The second part defends an objective conception of the good which remains sensitive to some of the considerations that make subjectivism attractive.