Television News and the Supreme Court

All the News that's Fit to Air? 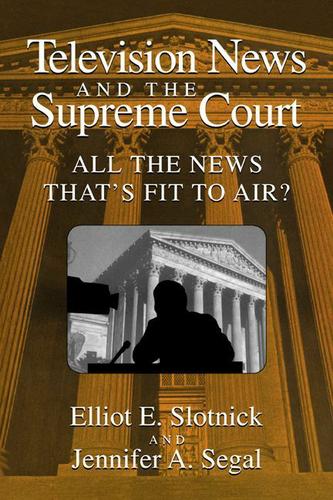 Beginning with the recognition that the Supreme Court is the most invisible branch of American government and the one that most Americans know the least about, this book examines the way in which television news, the primary source of the public's limited knowledge, covers the Supreme Court. The book relies on rich interviews with network news reporters who have covered the Court, coupled with actual videotapes of network newscast coverage, to develop a unique portrait of the constraints faced by reporters covering the institution as well as a thorough picture of what facets of the Court's work actually are covered by television news. The analysis demonstrates convincingly that there are characteristics of the television news industry (such as its heavy reliance on dramatic stories and visuals) that, coupled with the rules and habits of the Supreme Court (such as its refusal to allow cameras in the Court as well as its propensity to announce several critical rulings on the same day) come together to make network news coverage of the Court infrequent, brief, and in too many instances, simply plain wrong.