Philosophy in the Twilight of the Idols 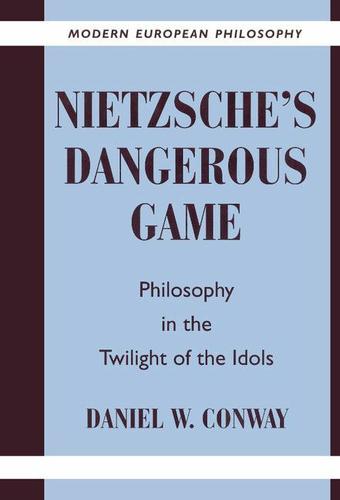 This 1997 work is a book-length treatment of the unique nature and development of Nietzsche's post-Zarathustran political philosophy. This later political philosophy is set in the context of the critique of modernity that Nietzsche advances in the years 1885–1888, in such texts as Beyond Good and Evil, On the Genealogy of Morals, Twilight of the Idols, The Antichrist, The Case of Wagner, and Ecce Homo. In this light Nietzsche's own diagnosis of the ills of modernity is subject to the same criticism that he himself levelled against previous philosophies; that it is an involuntary symptom of the age it represents. Nietzsche is seen to be aware of his own decadence and of his complicity with the very tendencies that he dissects and deplores. By relating the political philosophy, the critique of modernity and the theory of decadence Daniel Conway has written a powerful book about Nietzsche's own appreciation of the limitations of both his writing style and of his famous prophetic 'stance'.