The American Congress in the 1990s 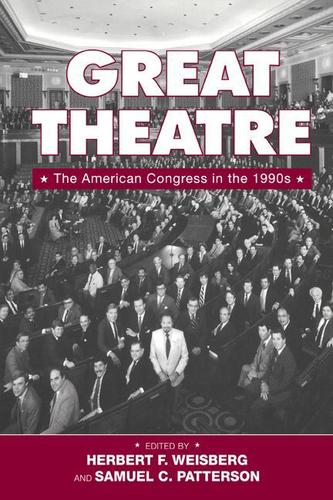 The 104th Congress, the first in four decades to be Republican-controlled, may prove to have ushered in an era of party dominance by congressional Republicans, or to be a transitory aberration. Either way, the 104th is a watershed in congressional history. Using the theatre metaphor to characterize the actions of Congress and to help make the institution more understandable, Congressional life and behaviour is dissected and placed in the broader context of changes in Congress in the 1990s. The contributors evaluate the way members of Congress play to the media and the larger audience, the electorate; analyze leadership roles in a cast of 535 'leading players'; evaluate the committee systems as 'little theatre'; and analyze relations among the various branches of government. Herbert Weisberg and Samuel Patterson conclude the presentation by reminding us that in Congress, 'the play's the thing'.