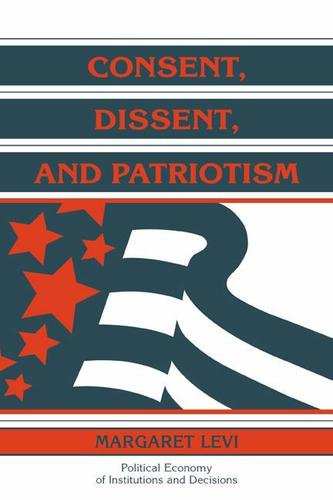 Democratic governments are able to elicit, legally and legitimately, both money and men from their populations. Certainly there is tax evasion, draft evasion, and even outright resistance; yet to a remarkable extent citizens acquiesce and even actively consent to the demands of governments, well beyond the point explicable by coercion. This is a puzzle for social scientists, particularly those who believe that individuals are self-interested, rational actors who calculate only the private egoistic costs and benefits of possible choices. The provisions of collective good should never justify a quasi-voluntary tax payment and the benefits of a war could not possibly exceed the cost of dying. This book explains the institutionalization of policy in response to anticipated and actual citizen behaviour and the conditions under which citizens give, refuse and withdraw their consent. Professor Levi claims that citizens' consent is contingent upon the perceived fairness of both the government and of other citizens. Most citizens of democracies, most of the time, are more likely to give their consent if they believe that government actors and other citizens are behaving fairly toward them.