Against Politics as Technology 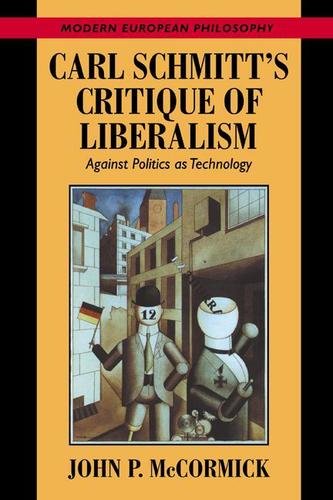 This is the first in-depth critical appraisal in English of the political, legal, and cultural writings of Carl Schmitt, perhaps this century's most brilliant critic of liberalism. It offers an assessment of this most sophisticated of fascist theorists without attempting either to apologise for or demonise him. Schmitt's Weimar writings confront the role of technology as it finds expression through the principles and practices of liberalism. Contemporary political conditions such as disaffection with liberalism and the rise of extremist political organizations have rendered Schmitt's work both relevant and insightful. John McCormick examines why technology becomes a rallying cry for both right- and left-wing intellectuals at times when liberalism appears anachronistic, and shows the continuities between Weimar's ideological debates and those of our own age.