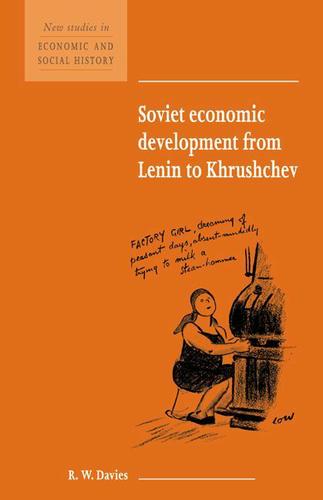 This book provides a comprehensive survey of Soviet economic development from 1917 to 1965 in the context of the pre-revolutionary economy. In these years the Soviet Union negotiated the first stages of modern industrialisation and then, after the defeat of Nazi Germany and its allies, emerged as one of the two world superpowers. This was also the first attempt to construct a planned socialist order. These developments resulted in great economic achievements at great human cost. Using the results of recent Russian and Western research, Professor Davies discusses the inherent faults and strengths of the system, and pays particular attention to the major controversies. Was the Russian Revolution doomed to failure from the outset? Could the mixed economy of the 1920s have led to a democratic socialist economy? What was the influence of Soviet economic development on the rest of the world?