Congress, Universities, and the Politics of the Academic Pork Barrel 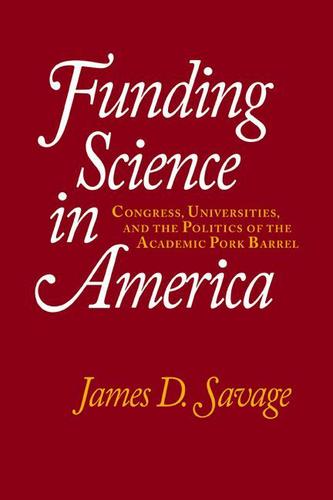 Since the 1950s, the federal government has relied on the peer review system for funding high quality academic science. Yet, despite the success of American science, peer review is under attack for being a biased 'good old boy' network that helps rich research universities get richer. As a remedy for these biases, university presidents and members of Congress have turned to the earmarking of science projects and facilities in the federal budget. This earmarking of funds, however, brings with it new areas of tension and suspicion. Funding Science in America, first published in 1999, is the first book to explore both the pros and the cons of the controversial academic earmarking issue. Savage analyzes the earmarking decision of both university presidents and members of Congress, identifies those universities that have benefited most from earmarking, as well as examining the question of whether earmarking improves their ability to compete for research.