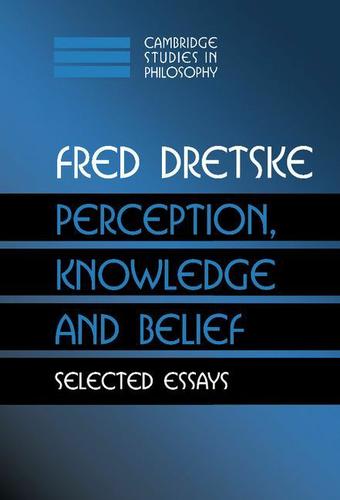 This collection of essays by eminent philosopher Fred Dretske brings together work on the theory of knowledge and philosophy of mind spanning thirty years. The two areas combine to lay the groundwork for a naturalistic philosophy of mind. The fifteen essays focus on perception, knowledge, and consciousness. Together, they show the interconnectedness of Dretske's work in epistemology and his more contemporary ideas on philosophy of mind, shedding light on the links which can be made between the two. The first section of the book argues the point that knowledge consists of beliefs with the right objective connection to facts; two essays discuss this conception of knowledge's implications for naturalism. The next section articulates a view of perception, attempting to distinguish conceptual states from phenomenal states. A naturalized philosophy of mind, and thus a naturalized epistemology, is articulated in the third section. This collection will be a valuable resource for a wide range of philosophers and their students, and will also be of interest to cognitive scientists, psychologists, and philosophers of biology.