The Dignity of Legislation 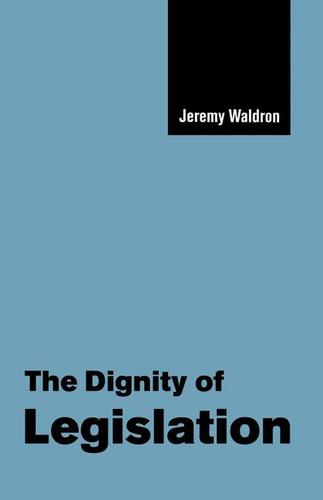 Jeremy Waldron here attempts to restore the good name of legislation in political theory. Focused in particular on the writings of Aristotle, Locke and Kant, this book recovers and highlights ways of thinking about legislation that present it as a dignified mode of governance and a respectable source of law. The focus is particularly on legislation by assemblies, large gatherings of representatives who air their disagreements in ferocious debate and make laws by deliberation and voting. Jeremy Waldron has published extensively in law, philosophy and political theory. Here he presents a unique study of the place of legislation in the canon of political thought - a study which emphasises the positive features of democracy and representative assemblies. The Dignity of Legislation is original in conception, trenchantly argued and very clearly presented, and will be of interest to a wide range of scholars and thinkers.