Health and Society in Britain since 1939 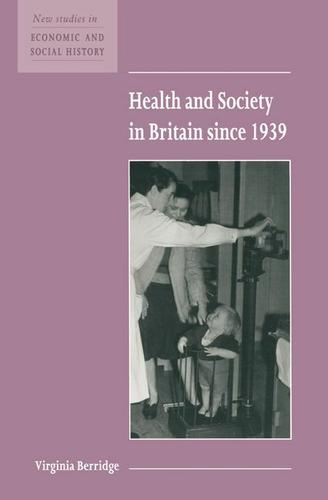 British health policy has undergone enormous change in the post-war era. The NHS established in the post-war period has been constantly reorganised, and the role of doctors and associated medical professions has radically changed. This book considers the changes in health policy and in the service provided by the NHS, and examines in detail the 'mixed economy' of health care and the role of different providers of health care, as well as their relationships both with recipients of care and the state. In doing so, Professor Berridge sheds light on the increasingly important part that lay people, especially women, have played in the provision of health care and looks at community care and the shifting balance of power within the medical profession. The book provides a guide to changes in health and health policy during and since World War II, giving an authoritative analysis of the most recent research.