Freud and the Legacy of Moses 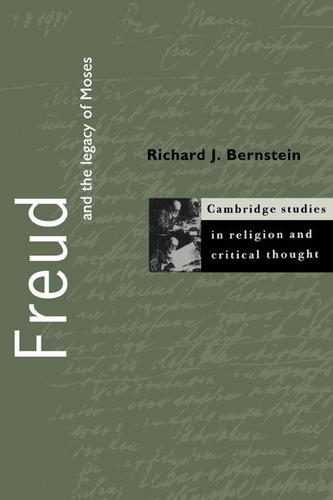 Freud's last book, Moses and Monotheism, was published in 1939 during one of the darkest periods in Jewish history. This difficult book has frequently been vilified and dismissed because Freud claims that Moses was not a Hebrew but an Egyptian, and that the Jews murdered Moses in the wilderness. Richard Bernstein argues that a close reading of Moses and Monotheism reveals an underlying powerful coherence in which Freud seeks to specify the distinctive character and contribution of the Jewish people. It is this character that has enabled the Jewish people to survive despite persecution and virulent anti-Semitism, and Freud proudly identifies himself with it. In his analysis of Freud's often misunderstood last work, Bernstein goes on to shows how Freud expands and deepens our understanding of a religious tradition by revealing its unconscious dynamics.