Technology in the Evolution of Political Power 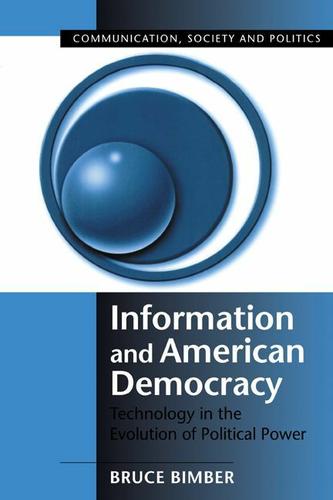 This book assesses the consequences of new information technologies for American democracy in a way that is theoretical and also historically grounded. The author argues that new technologies have produced the fourth in a series of 'information revolutions' in the US, stretching back to the founding. Each of these, he argues, led to important structural changes in politics. After re-interpreting historical American political development from the perspective of evolving characteristics of information and political communications, the author evaluates effects of the Internet and related new media. The analysis shows that the use of new technologies is contributing to 'post-bureaucratic' political organization and fundamental changes in the structure of political interests. The author's conclusions tie together scholarship on parties, interest groups, bureaucracy, collective action, and political behavior with new theory and evidence about politics in the information age.