Sex and the State

Abortion, Divorce, and the Family under Latin American Dictatorships and Democracies 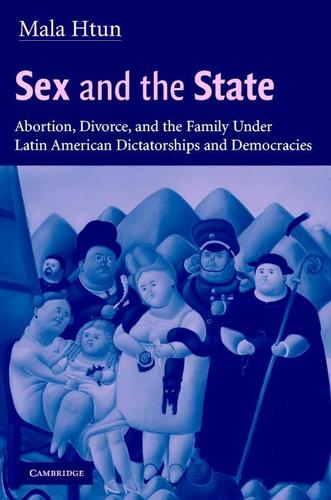 Abortion, divorce, and the family: how did the state make policy decisions in these areas in Argentina, Brazil, and Chile during the last third of the twentieth century? As the three countries transitioned from democratic to authoritarian forms of government (and back), they confronted challenges posed by the rise of the feminist movement, social changes, and the power of the Catholic Church. The results were often surprising: women's rights were expanded under military dictatorships, divorce was legalized in authoritarian Brazil but not in democratic Chile, and no Latin American country changed its laws on abortion. Sex and the State explores these patterns of gender-related policy reform and shows how they mattered for the peoples of Latin America and for a broader understanding of the logic behind the state's role in shaping private lives and gender relations everywhere.