Politics and the Russian Army 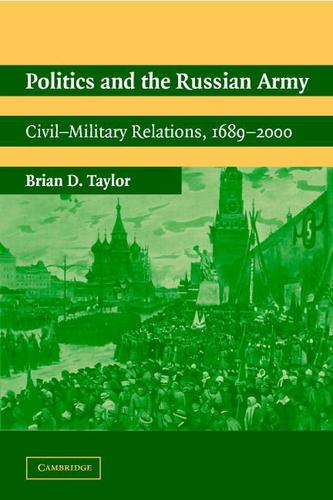 Military coups have plagued many countries around the world, but Russia, despite its tumultuous history, has not experienced a successful military coup in over two centuries. In a series of detailed case studies, Brian Taylor explains the political role of the Russian military. Drawing on a wealth of new material, including archives and interviews, Taylor discusses every case of actual or potential military intervention in Russian politics from Peter the Great to Vladimir Putin. Taylor analyzes in particular detail the army's behavior during the political revolutions that marked the beginning and end of the twentieth century, two periods when the military was, uncharacteristically, heavily involved in domestic politics. He argues that a common thread unites the late-Imperial, Soviet, and post-Soviet Russian army: an organizational culture that believes that intervention against the country's political leadership - whether tsar, general secretary, or president - is fundamentally illegitimate.