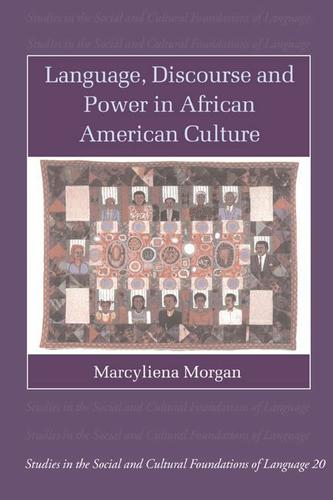 African American language is central to the teaching of linguistics and language in the United States, and this book, in the series Studies in the Social and Cultural Foundations of Language, is aimed specifically at upper level undergraduates and graduates. It covers the entire field - grammar, speech, and verbal genres, and it also discusses the various historical strands that need to be identified in order to understand the development of African American English. The first section deals with the social and cultural history of the American South, the second with urban and northern black popular culture, and the third with policy issues. Morgan examines the language within the context of the changing and complex African American and general American speech communities, and their culture, politics, art and institutions. She also covers the current heated political and educational debates about the status of the African American dialect.